–Objects are all generated using 3ds Max 2017, and its inbuilt Maxscript–

The Quaddles scripts can be downloaded here, and the required patterns/textures here. In order to use it, you will need to download and unzip the files using compression software such as winRAR or 7zip. All files should be present and extracted into the same folder.

Here, I’ll go over 3 simple checks you will need to ensure that you can run the scripts properly

1) Make Sure all scripts are in the same folder as “Main_Script.ms” 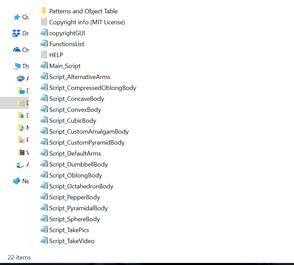 As the name, suggests, “Main_Script.ms”  is the master script which calls upon all other functions to create the objects. The most important other functions are in “FunctionsList.ms” however they are also contained in other scripts (for example “Script_TakePics.ms” is called to generate png and jpg pictures of the objects).

In order for “Main_Script” to properly function, all of the scripts need to be in the same folder as it is located in.

2) Make Sure Textures/Patterns are available in a folder

You should have a separate folder with png textures and/or patterns, which will be applied onto the surface of the object(s) by the script.

When you generate these textures they should have the following naming convention in order to be recognized by the script;

For example, one of the pattern-colour combinations we have included is checkered orange png. 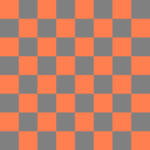 This png should have a name along the lines of;

In your texture folder, you must include the png files we provide in order to create our objects.

sysInfo.currentdir: The current directory. Set it to folder path of “Main_Script.ms”
savePathBase: Where you want to save the picture, video and fbx files of your objects
textureMainPath: The folder path where all your textures/patterns are located
objTable (OPTIONAL): If folder path is specified, script will take a simple binary table to know which objects to make. If not specified, the script will generate all possible object feature combinations.

Note: Include double slashes (“\\”) when indicating folder directories in Maxscript 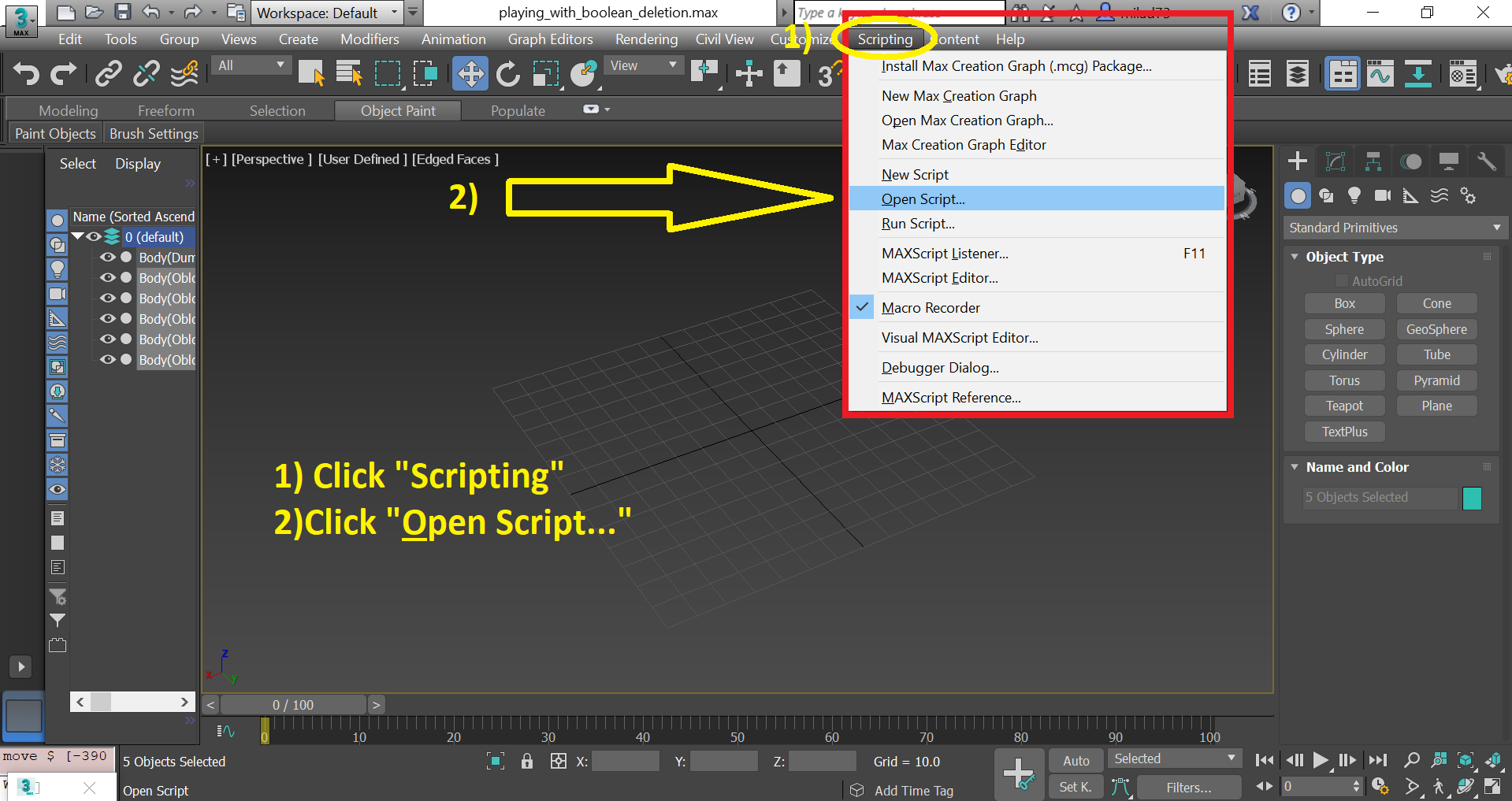 To open the script, click “Scripting” in the upper tab, and then select “Open Script”, and then find where you placed “Main_Script.ms”

Additional Note on Dimensions and values

One of the two most important variables in the whole “Main_Script.ms” script is “dims” and “vals” because they dictate the list of dimensions , and feature values that the object(s) will have. By default they are set to the following;

Note that the order of feature values (“vals”) should correspond to the order of the feature dimensions (“dims”) that they’re contained in. (for example, “Body” is the first element of dims, and so are “Pyramidal” and “Oblong” in vals).

By default, the script will generate all possible combinations of features, unless an objTable is provided.

The following is a full list of all the possible values of “dims” and “vals” which can be used to make objects; 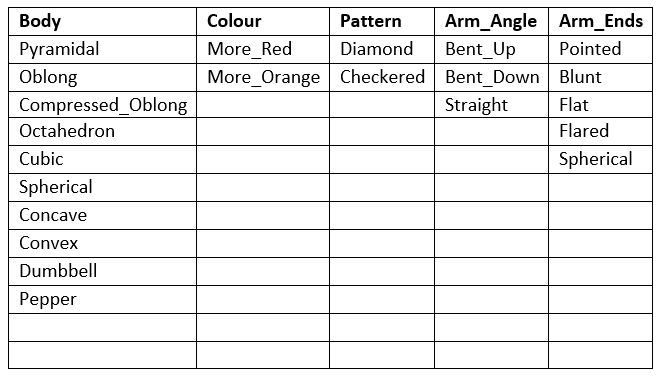 NOTE: There is a bug in 3ds Max in which when you first start up the software, and attempt to run the script you’ll get an error with the message  “No ‘get’ function or undefined”. If you run into this, just run the script again and the script should run on the second time.

After making these 3 checks, you should be ready to just run “Main_Script.ms” by opening it and hitting ctrl+e

You will be greeted with a short copyright intro, after running the script.

You will need to click continue to generate the object set. Essentially, the important part here is that you are free to “use, copy, modify, merge, publish, distribute, sublicense…” etc.  as long as you provide the copyright notice that we provide and give us credit.

Congratulations! You are now ready to make some Quaddles of your own. For a more in depth explanation of how they are generated, take a look at our manual.